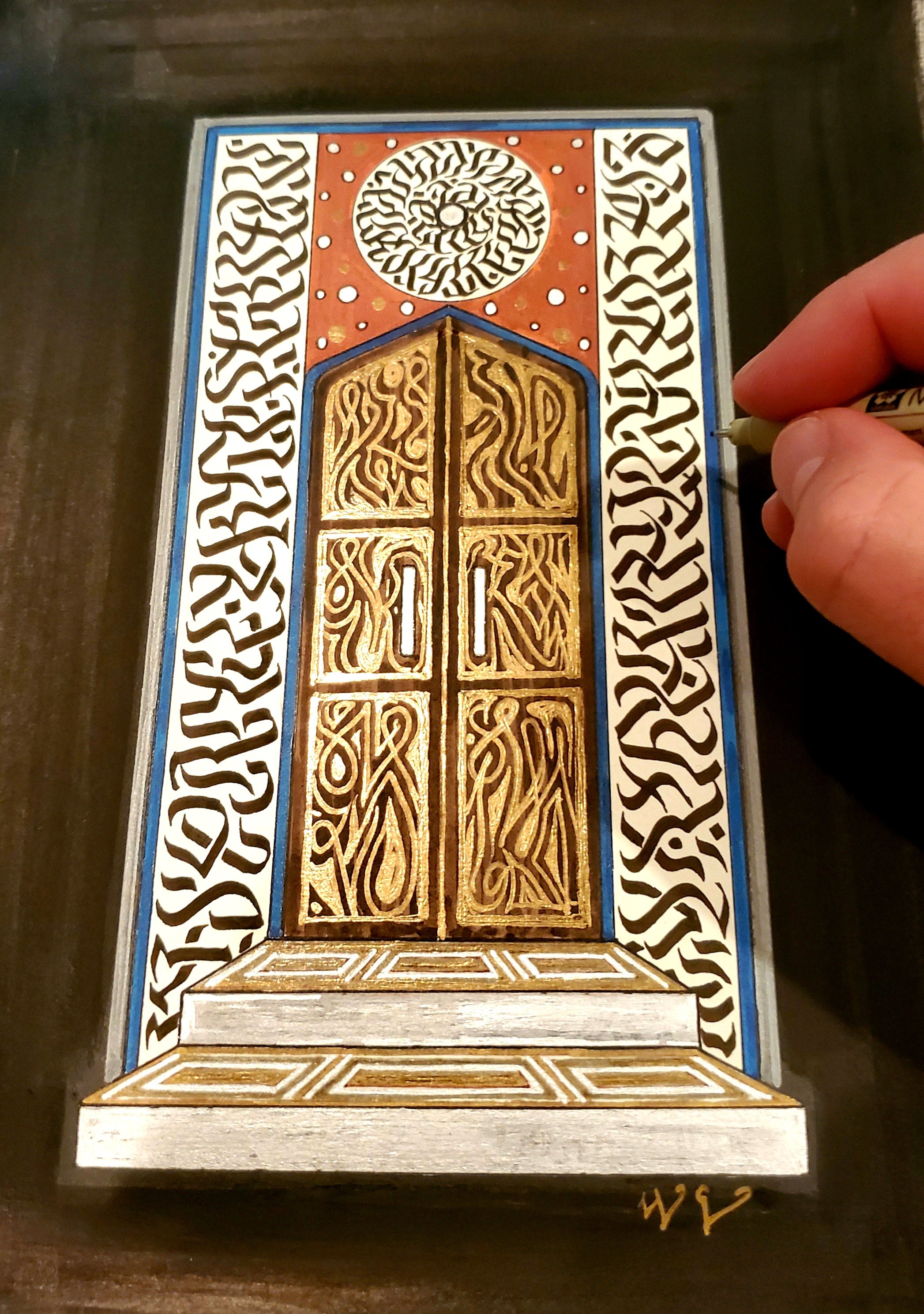 When they’re closed, doors function to  keep spaces separate and secure. They protect the interior space from the unknown that lurks outside. An open door can allow the external to find refuge and shelter inside. It can also allow that which is confined indoors to seek freedom and release outside. Doors and gates serve as barriers as well as entryways of homes, cities, and nations. They serve as symbols of demarcation, indicating where one space ends and another begins.

Doors and gates also symbolize transition between here and there, awake and asleep, consciousness and subconsciousness, death and birth. They can be representative of spiritual initiation and the degrees of ascension within a mystical order or system.  A new phase, a new opportunity, a transcendent state of consciousness, are all among the meanings that can be attached to the image of a gate or door.