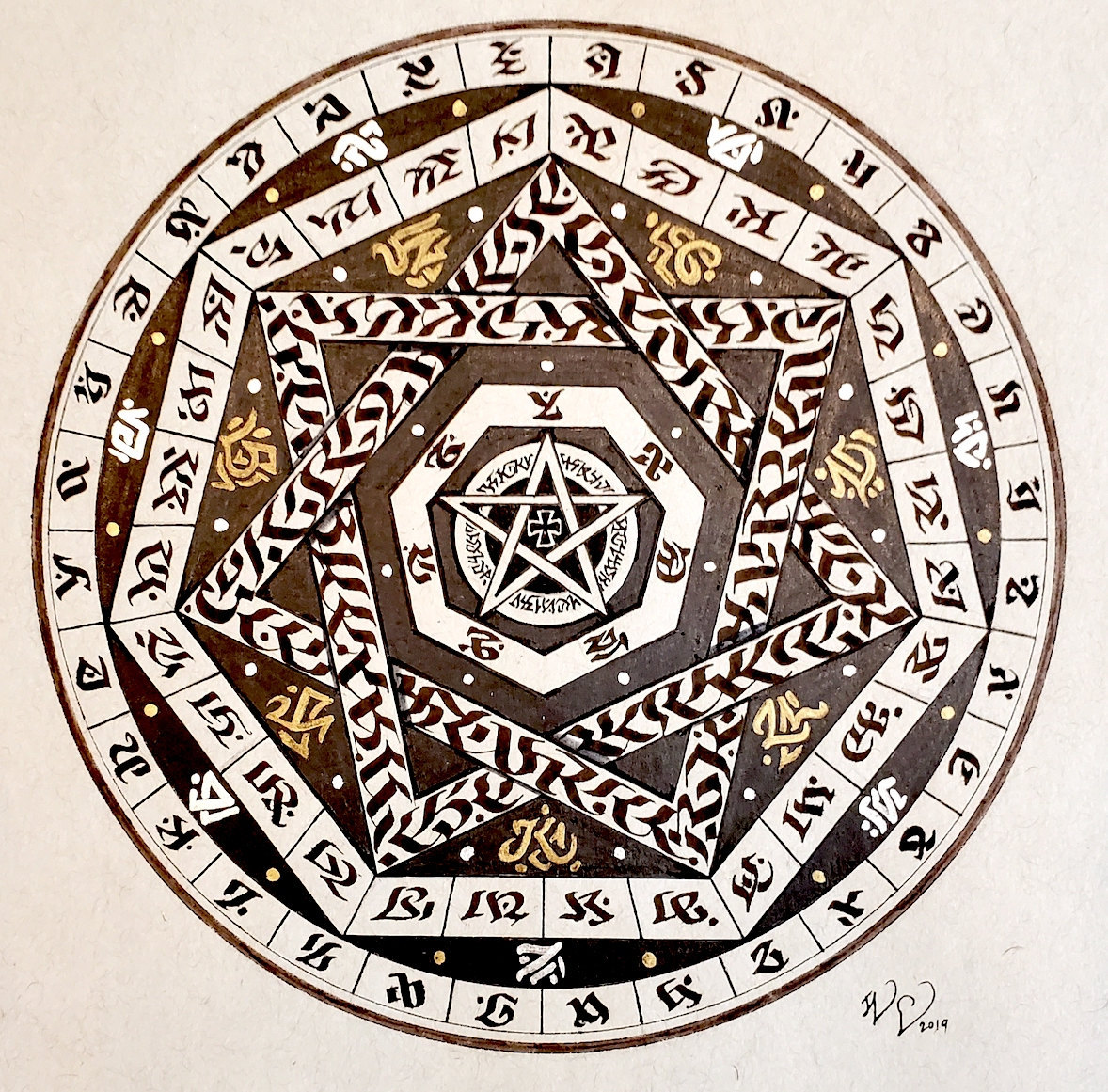 This drawing is inspired by the ‘Sigillum Dei’ diagram, also known as the Seal of God.  The original is a magical schema composed of various geometric shapes including circles, heptagrams, and a pentagram in the center. The original diagram also contains the ‘names of God’ and his angels. According to the text Liber Juratus, a magical grimoire from the 13th century, the Sigillum Dei was used by the magician to invoke, conjure, and exercise control over entities. One of the most famous historical figures to utilize the Sigillum Dei was mathematician, alchemist, and astrologer John Dee. Dee became obsessed with contacting and channeling ‘angels’ in order to gain secret knowledge. His channeling practices led to the reception of what he called a ‘celestial’ or  ‘angelic language’. The channelled language and the revelations gained from these sessions has become the basis of ‘Enochian Magic’, which is still in use today among various magical groups.

The drawing below retains many of the geometric design elements and features of the original, but instead of the magical names of god and angels, I included my own abstract calligraphy squiggles. I am not a practitioner of Enochian Magic but I was inspired to create this piece because of the history, mystery, and layers of meaning conveyed in the design. 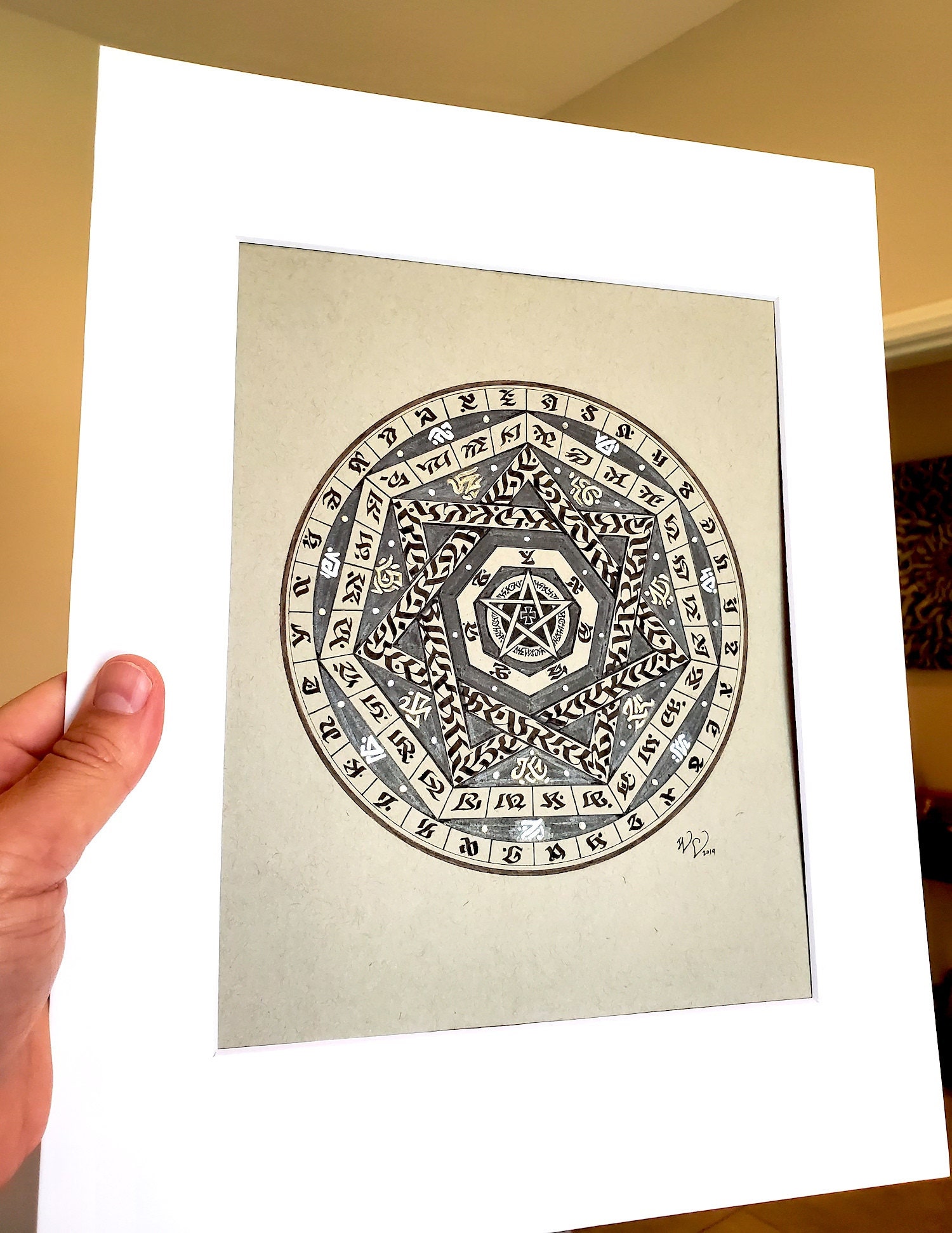 Previous Post Carl Jung on Mandalas
0 items in your cart